A pregnant woman should know and take into consideration, that at bronchial asthma in comparison with healthy women the risk of both premature labor and post-term pregnancy is increased, which requires careful gynecologist monitoring. To avoid asthma exacerbation basic therapy is not canceled during labor. It is necessary to register peakflowmetry indicators from labor beginning and then at least every 12 hours. If a pregnant woman has previously received systemic hormonal drugs, systemic hormones are applied during labor to prevent adrenal insufficiency. It is known that adequate analgesia during labor reduces bronchial asthma exacerbation risk.

Labor coarse at women with asthma is different, according to statistics in most cases there is a need for labor induction and cesarean section (in this case, peridural anesthesia is preferred). For labor induction, it is possible to apply oxytocin, but prostaglandin and ergonovine drugs are contraindicated.A number of drugs used for anesthesia and analgesia (morphine, thiopental, etc.) are also contraindicated because of their ability to depress inspiratory center or cause histamine release and provoke bronchismus.

Risk of Having a Child with Asthma and Allergies

Every woman is concerned about her unborn child’s health, and since inherited factors definitely participate in bronchial asthma development, this point should be reviewed in particular. A question of atopy inheritance (a hereditary tendency of the body to respond to environmental influences by the generation of excessive amounts of immunoglobulin E) is studied more accurately. It should be noted, that it is not essential bronchial asthma hereditary transmission, but the risk of allergic disease development in general; it is the risk rather than a fatal inevitability.

Atopic diseases include allergic rhinitis and conjunctivitis, atopic dermatitis, acute urticaria and atopic asthma. Of course, atopy risk for the child from the family, all members of which are for generation suffer from atopic diseases, is higher than in families that never had these diseases. The greatest risk is registered in families with hereditary from both parents. The risk to inherit atopy from mother is higher than father, but a child with atopy may be born in the family with no allergies. Allergic diseases are not a reason to avoid pregnancy.

Allergy is a widespread disease in the modern world, and up to 40% of people at least once in their life experience any of the symptoms. But allergic diseases development, in addition to heredity, is influenced by other factors, including: 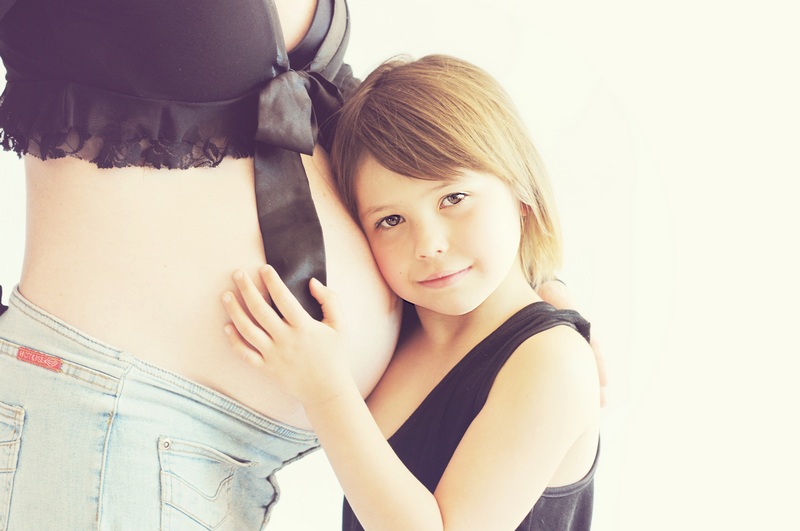 Active and passive smoking and environmental pollution are no less important than family history. Dietary factors (both diets during pregnancy and breastfeeding, and the presence or absence of breastfeeding), living conditions, even number of children in the family, as well as allergens effect (external and internal – house dust mites, microscopic molds, allergens of pets, rodents and cockroaches) play a significant role. Hypersensitivity to allergens development and allergic disease formation risk should be regarded to not as a sentence, but only as a basis for carrying out necessary measures. But if there is a necessity to protect yourself, your home and your future child from tobacco smoke influence, in order to properly plan other measures you need to know more about your body. In case of bad family history, it is recommended to protect a child from allergens from birth, as well as in case of excessive amounts of general immunoglobulin E in the blood taken from umbilical cord during labor (this analysis is carried out in case of bad family history). Several studies have observed the reduced risk of allergic diseases at early and prevention prescription of probiotics that contain certain types of lactic bacteria (http://textbookofbacteriology.net/lactics.html).

There are a lot of special and popular literature about breastfeeding benefits, so there is no need to observe this point in details. It is recommended to breastfeed until at least 6-month-old, and a woman herself must keep to a hypoallergenic diet. Adding complementary food choose products with low allergenic capacity.

The video is described 10 benefits of breastfeeding:

Share on TwitterShare on Google+Share on LinkedinShare on Pinterest
Related posts
How to Identify Bronchial Asthma and Treat It?
Bronchial asthma is an allergic disease characterized by recurrent panting attacks because of bronchi spasm, their swollen mucous membrane or a long-lasting cough. Asthma is one of the most common...
Advair Diskus for Asthma and COPD Treatment
Advair Diskus is used for controlling, as well as preventing, the symptoms that occur during asthma and lung diseases like a chronic obstructive pulmonary disease. It contains two medications namely salmeterol...
How To Use Flovent Inhaler?
Flovent is an oral medication which is taken in order to ease breathing during breathing problem. It is used when you have: Chest tightness; Wheezing; Coughing The medicine from Canadian...
Tags: allergy