Routine (basic) therapy for disease control must comply with disease course severity, which is a necessary condition for reducing the need for bronchial spasm relief drugs and exacerbations prevention. If asthma coarse severity requires mandatory basic therapy, and the patient only relieves symptoms, asthma becomes uncontrolled, dangerous for mother and fetus. Appointment of basic therapy, necessary to control this inflammation disorder, prevents the attacks and recrudescences, causing fetal hypoxia, i. e. it contributes not only to normal pregnancy course but also to normal child’s development.

A pregnant woman with asthma is often surrounded by the so-called «well-wishers» (sometimes doctors or — more often — former doctors) who try to plant fear of treatment and use of the drug. Always remember — you are breathing for two people, and groundless fears are unacceptable. Do not listen to anybody. Focus only on the information obtained from a qualified expert.

Cromones (Intal, Tilade) are applшув only with mild persistent asthma. If the drug is prescribed for the first time during pregnancy, sodium cromoglicate (Intal) is used. If the patient before pregnancy took nedocromil (Tilade) with positive effect, the treatment is continued. But if cromones do not provide adequate disease control, inhaled hormone preparations should be prescribed.

Inhaled hormones are the basis of persistent asthma routine therapy in all cases, except for mild ones. Their prescription during pregnancy has its own special aspects. If the drug is prescribed for the first time, budesonide (Pulmicort) is preferable: an analysis of 2014 pregnancies, conducted in 2000, showed no risk increase for the fetus (the drug included in «B» category). Beclomethasone may also be prescribed. If before pregnancy asthma was successfully controlled by another inhalation hormone drug, this therapy may be continued. If the average dosage is ineffective, the doctor can add theophylline (with caution) or salmeterol drugs. Use of theophylline (both aminophylline and prolonged medications in pills, such as «Theopack») during pregnancy is considered with caution, especially in the 3rd trimester, when theophylline excretion out of the body is lower: this drug freely penetrates placenta and can cause tachycardia and rhythm disturbance of fetus and newborn.

Leukotriene antagonists may be applied with caution and only according to stringent prescription. «B» category of safety.

Drugs prescribed only individually, this rule should especially be followed during pregnancy. The dosage for treatment required for a given the severity degree is determined by the doctor, which observes the patient, guided, in addition to anamnesis, by peakflowmetry data. 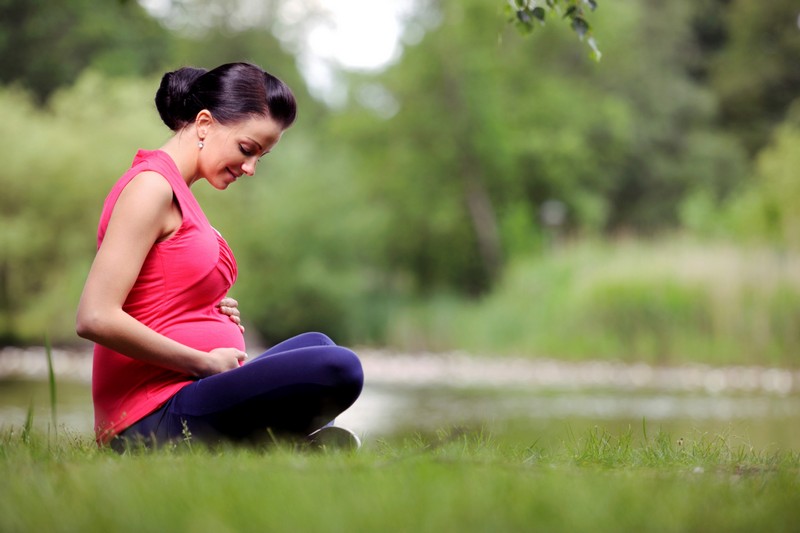 Bronchial asthma is one of those diseases that require patient’s ability to control his condition. Just like at hypertension a patient needs tonometer, and at diabetes (http://www.diabetes.org/) — blood glucose monitor, for self-monitoring at asthma a portable and easy-to-use device was created — PEF meter.

It is advised to register indicators twice a day, in the morning and evening, before applying bronchodilators, and also on symptoms onset. Data is recorded in the form of a diagram, as it gives more information: not only specific numbers are important, but also the shape of the resulting graph. One of the alarming symptoms are «morning gaps»: periodically registered low indications in early morning hours. «Morning gaps» are a sign of incomplete control of this disorder and early symptom of impending recrudescence.

There are still no actual changes in the state of health during this period, and timely undertaken measures prevent exacerbation development. Self-control with PEF meter is an essential requirement for making an action plan: detailed doctor recommendations, which describe basic therapy and necessary actions in case of the state of health changes.

Watch the video to create an action plan:

The most important thing is to try to prevent recrudescences. Measures for limiting contacts with allergens and proper basic therapy greatly reduces risks. But recrudescences still occur, and the most common cause is ARVI.

Asthma recrudescence is dangerous not only for mother but it also is a serious threat to the fetus because of hypoxia, so treatment must not be delayed. Recrudescences treatment requires nebulizer (albuterol). The treatment effect is evaluated not only clinically, but also with PEF meter: if after treatment indicators have not reached 70% level of normal (or better for a given patient) urgent hospitalization is required. If necessary, nebulizer therapy can be combined with inhaled anticholinergic drugs, with little effect aminophylline is prescribed intravenously. To prevent fetal hypoxia oxygen therapy is applied. At severe asthma recrudescences systemic hormonal agents are used, including tabletted hormones in short course; however avoid triamcinolone drugs because of mother and fetus muscular system impact risk, and also dexamethasone and betamethasone; prednisolone and methylprednisolone drugs are preferred. The harm that hypoxia does to the child is many times greater than possible side effects.

As it was already mentioned, during pregnancy it is absolutely contraindicated to use any ephedrine drugs, as it exacerbates fetal hypoxia. Adrenaline during its  recrudescences is also not recommended.

Share on TwitterShare on Google+Share on LinkedinShare on Pinterest
Related posts
How to Identify Bronchial Asthma and Treat It?
Bronchial asthma is an allergic disease characterized by recurrent panting attacks because of bronchi spasm, their swollen mucous membrane or a long-lasting cough. Asthma is one of the most common...
Advair Diskus for Asthma and COPD Treatment
Advair Diskus is used for controlling, as well as preventing, the symptoms that occur during asthma and lung diseases like a chronic obstructive pulmonary disease. It contains two medications namely salmeterol...
How To Use Flovent Inhaler?
Flovent is an oral medication which is taken in order to ease breathing during breathing problem. It is used when you have: Chest tightness; Wheezing; Coughing The medicine from Canadian...
Tags: allergy , bronchodilator , fetal hypoxia