Annually in the world, there is a minimum of 16.7 million unwanted pregnancies. 15 million of them (that is, almost 90%!) could be prevented if women correctly used modern methods of birth control. Surprisingly, in the 21st century, millions of people ignore or misuse them. A recent study has shown, women are afraid of side effects, have different prejudices or they simply do not have enough information. 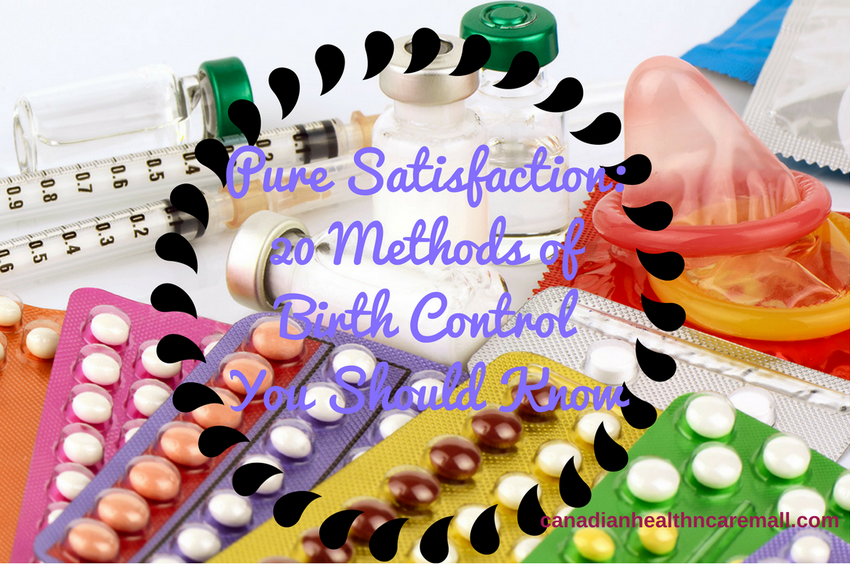 All these adaptations physically block sperm path to the uterus. The sperm can not meet egg and fertilization does not occur.

A male condom is known to everyone, but a female is much less popular. This is a small pocket, usually made of polyurethane, which is inserted into the vagina and fixed in it by means of elastic rings. The advantage of both types of condoms is that they not only prevent unwanted pregnancy, but also protect against sexually transmitted diseases.

Condoms effectiveness is relatively high: according to the WHO, when used correctly, a male condom prevents unwanted pregnancies in 98% of cases, but female one – only in 90%. In addition, you need to take into account that condom can rip.

Uterine caps and vaginal diaphragm are latex caps of different shapes that are placed on the cervix. They no longer protect partners from gonorrhea or syphilis, but they do not allow spermatozoa to penetrate into the uterus. This birth control main disadvantages – the complexity of use (not every woman can put on cap yourself) and allergy that can arise from dense and prolonged contact of mucosa with latex.

“Natural” means methods of pregnancy prevention that do not require mechanical or medicinal intervention.

One of the most popular and at the same time the least reliable “natural” methods is coitus interruptus. When it is used, the partner takes out penis from woman’s vagina a few moments before ejaculation.

The unreliability of this method is determined by two factors:

The effectiveness of coitus interruptus method, according to WHO, is from 73 to 96%, depending on the correctness of use.

Another popular and not always effective birth control method is a calendar. A woman keeps track of favorable and unfavorable days for her conception of her menstrual cycle. Egg fertilization can occur only within 48 hours after ovulation, and life span of sperm in the cervix is up to a week, but more often less. Therefore, several days before ovulation are considered dangerous for conception (sperm can remain in woman’s genitals and wait for matured egg) and a couple of days after ovulation. Adherents of calendar method argue that it is during this period that woman should abstain from sexual intercourse if she does not want to become pregnant. The disadvantage of this method is that it is not always possible to accurately calculate when exactly ovulation will occur, especially in women with irregular menstrual cycles.

This birth control method just allows you to specify the time of ovulation onset. It is not for lazy: every day immediately after awakening you need to measure basal temperature (inserting a thermometer into the anus). Before ovulation, the basal temperature drops slightly, and immediately after ovulation it rises by 0.3-0.5 degrees and remains at this point until the end of the cycle. By monitoring the temperature daily, you can fairly accurately determine when ovulation occurs, and in accordance with this, abstain from sexual intercourse in fertile days.

Another method that helps determine the onset of ovulation is a cervical method, or Billings Method. This Australian doctor noticed that shortly before ovulation, mucus secreted from vagina becomes more viscous. Thus it is possible to track “dangerous” days. True, because of hormones fluctuation, mucus can become viscous even in absence of ovulation, so this method may be inaccurate.

The intrauterine device is a common and rather simple method of birth control. This device, usually made of copper or silver with plastic, is installed by a doctor in the uterus for several years. Copper or silver has a harmful effect on spermatozoa, and spiral itself, if fertilization does occur, prevents the egg from adhering to the uterine wall (embryo, therefore, has no way of developing). The method is convenient because it does not require almost any effort on the part of a woman, but has its drawbacks – for example, increases the risk of developing infections and inflammations. 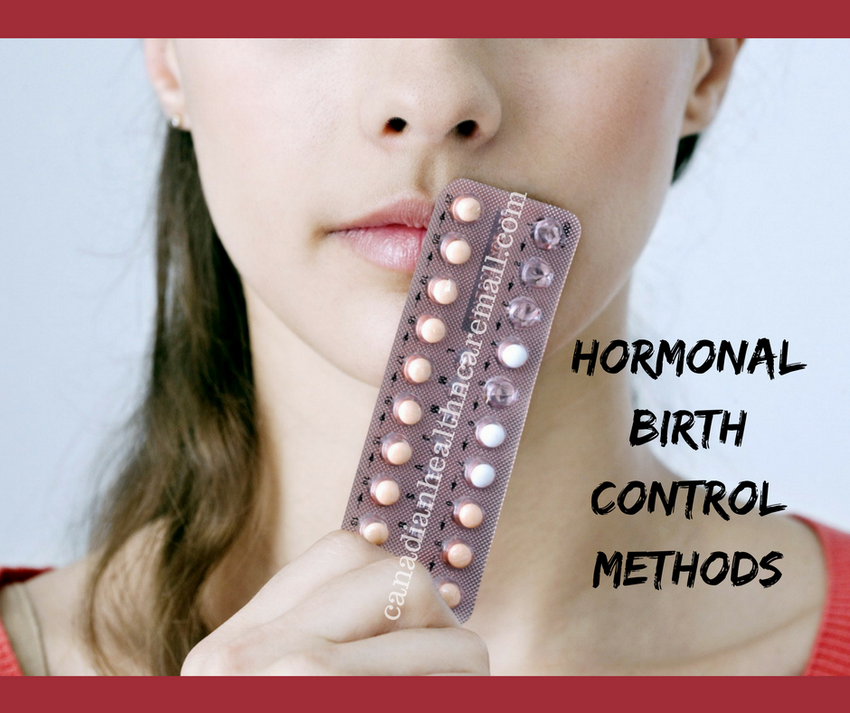 There is a huge number of hormonal contraceptives, and they act differently.

In general, they can be divided into two types:

The most common method of hormonal contraception is combined birth control pills. When used correctly, it is considered one of the most reliable.

Paradox, but it is with these funds that most fears are connected. Women are afraid of side effects, for example, blood clots: estrogens promote thrombosis and increase the risk of thrombosis. In fact, this danger is much higher, for example, when smoking or even pregnancy. So if a woman has no serious contraindications (thrombosis in anamnesis and among family members, very high blood pressure, etc.), use of birth control pills from Canadian Pharmacy is considered safe. However, much more thrombosis women are afraid of excess weight: belief that one can gain weight from contraceptive pills is one of the most persistent. In fact, this is not so long ago: modern oral contraceptives contain minimal doses of hormones, which, although may slightly aggravate feeling of hunger (and even not at all), do not increase weight gain.

This is another method of hormonal birth control with estrogens use. The composition and principle of action is similar to COCs, but it differs radically in the way it is used. A flexible ring is inserted directly into the vagina, where in right doses, hormones are released that help to suppress ovulation. The advantage over COCs is that ring has almost no effect on the liver, disadvantages are a relative inconvenience in use: it can fall out of the vagina.

Hormonal Birth Control Patch also contains estrogens, but it sticks to skin and supplies body with hormones through blood.

Another group of hormonal contraceptives, they do not have estrogens, only progestogens is mini-pills. Due to this, there are no side effects associated with estrogen and are considered safer, though less effective. This group includes the so-called mini-pills: these are tablets containing a minimal dose of hormone.

The principle of their action differs from estrogen-containing contraceptives: they do not prevent ovulation, but cause thickening of cervical mucus, which prevents spermatozoa from penetrating into uterus itself. In addition, progestogens do not allow inner shell of the uterus to swell, or endometrium (without the use of hormones, this naturally occurs in the second half of menstrual cycle). Because of this, the embryo can not attach to uterus wall and continue its development.

Especially desperate women may decide to sew themselves under skin contraceptive hormonal implant, which also does not contain estrogen. It is established for several years and doses in body necessary amount of hormone progestogen. Like mini-pills, implant increases the viscosity of cervical mucus and does not allow endometrium swelling.

Vaginal suppositories, creams, foams, sponges and tablets that have a spermicidal effect, that is, destroy spermatozoa. Usually, all these means must be used 10-15 minutes before sexual intercourse. Their advantage is that they protect against sexually transmitted diseases – but not completely. Drawback is much lower efficiency than other methods. Therefore, they are recommended to use in combination with other means.

If unprotected sexual intercourse has already occurred, but the woman does not plan to have a child, then everything is not lost: for some time you can still prevent conception. Methods for this are very different – from traditional and hormonal. 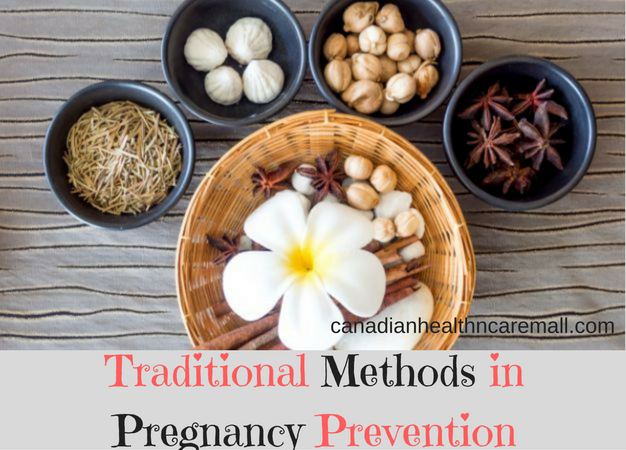 Lemon slice, aspirin pills, laundry soap and potassium permanganate solution – this is not a complete list of remedies that traditional medicine is ready to offer to careless lovers. It is understood that citric acid, household soap components, manganese and acetylsalicylic acid (aspirin) acidify medium, and in such a way kills spermatozoa.

Doctors use traditional remedy categorically do not recommend for two reasons:

There is also a more reliable method of postcoital (i.e., used after intercourse) birth control. Specially for this case, hormone pills have been developed. Different drugs are based on different substances, but the mechanism of their action is similar: they suppress ovulation, and if conception has already occurred, do not allow the fertilized egg to attach to the uterus wall. Birth Control Pills usually need to be taken in the first few days after unprotected intercourse (the faster, the better), but with each day of delay, their effectiveness will decrease.

The same copper or silver spiral, as already mentioned above, can be installed and urgently – for five days after unprotected intercourse. The principle of its action is the same: copper or silver has a harmful effect on spermatozoa and egg, and spiral itself prevents embryo attachment to the uterus wall. After emergency installation, the spiral can be left as a permanent contraceptive.

Share on TwitterShare on Google+Share on LinkedinShare on Pinterest
Related posts
Ortho Tri-Cyclen: A Safe Choice?
Being a mother can be a wonderful feeling. However, there may be a number of situations in which you want to avoid getting pregnant. In such situations, you can use...
Reviews on Yasmin Contraceptive Pills
Yasmin is created to prevent unwanted pregnancy. It is a drug, based on active ingredient ethinylestradiol (30 mcg/1 tabs.) and drospirenone (3 mg/1 tabs.). Pharmacology Yasmin is a low-dose monophasic...
12 Myths about Birth Control Pills
We decided to explain to you the main myths about birth control. Birth control pills are very effective in unwanted pregnancy prevention but they are also included in this list....
Tags: women's health